Tonya Bailey-Curry, LCSW, is a Staff Therapist at Bates College who works from a background in social work grounded in relationship building, community engagement, and the promotion of equity and inclusion. Tonya earned her MSW and her BA with the University of Southern Maine. Tonya was recognized with the 2015 Maine Suicide Prevention Program’s Caring about Lives in Maine award for her advocacy and dedication to raise awareness around the issue of suicide after tragically losing her son in 2013. She was also the 2014 recipient of Maine Campus Compact’s Heart and Soul award in recognition of her leadership and contribution in community engagement. Tonya was born and raised in Lewiston Auburn, currently resides in Lewiston with her large family and proudly serves her community in various levels of engagement. 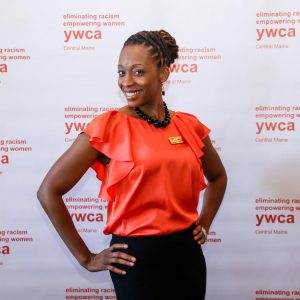 Ayesha serves the District Social Emotional Learning and Equity Resource Coordinator for Lewiston Public Schools. She received a Bachelors of Arts in psychology from Clemson university in 2004, and achieved a Master of Science in School psychology in 2010 while assisting and directing youth programs in the nonprofit sector of New York City. She’s spent the last 10 years offering mental health support to students and families through local schools and community agencies across a wide range of demographic settings throughout the North East. Ayesha lives in lewiston Maine with her life partner of Malik Hall, and 3 children Malik Jr, Kayah and Asah. She is a self proclaimed social introvert who enjoys reading, writing, doodling and singing in the shower. 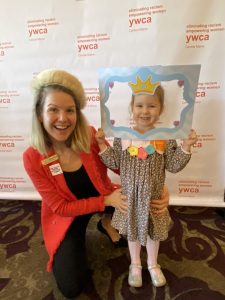 Leigh Weisenburger Albert is Dean of Admission and Financial Aid at Bates College. She earned her B.A. in American Studies from Smith College where she studied immigration to the U.S. and was a two-sport varsity athlete. Leigh’s parents instilled in her deep beliefs in and commitments to equity and inclusion at a very early age – particularly those related to race, ethnicity, and feminism. Swimming was also her first sport and she is most at home in the water. Naturally, Leigh was drawn to and is energized by the YWCA’s mission: Eliminating Racism, Empowering Women. Beyond the YWCA, Leigh serves on Maine Medical Center’s NICU Family Advisory Council and is part of the Olympia Snowe Women’s Leadership Institute’s Corporate Leaders Network. The mother of two young children, Leigh and her family proudly reside in Lewiston where her husband, a Lewiston native and local business owner, is also heavily engaged with a number of community organizations. Leigh and her family spend every possible moment outside and finding ways to give back to Lewiston and Maine.

Laurie Tannenbaum is a Communications Specialist in Technology at TD Bank. She received a Bachelor of Arts in Communications from Curry College and a Master of Science in Communications Management from Simmons College. Laurie is passionate about promoting and ensuring equal opportunities for women in the workplace and helped to spearhead a weekly internal newsletter for women in technology at TD Bank. Being a part of the YWCA Board helps her find new ways to empower women and girls in our community. Laurie lives in Auburn with her family. She and her husband own The Vault on Lisbon Street in Lewiston. They both enjoy being a part of the revitalization of downtown Lewiston.

Kristine is a clinical dietitian at Maine Medical Center in Portland. She lives in Lewiston and also serves on the Lewiston Planning Board, as well as on the board for the Maine Academy of Nutrition and Dietetics. When not working or volunteering, Kristine enjoys trying new recipes, supporting local L/A restaurants and breweries, and spending time with friends and family at her family’s camp on Alamoosook Lake. The mission of the YWCA is important to her because she envisions a safe, healthy and thriving L/A area community and knows that this can only occur when all women and girls are free of racism, sexism, and other forms of oppression.

Annie Derthick is a licensed clinical psychologist. She is the Director of Behavioral Science and the Associate Academic Program Director at Central Maine Medical Center Family Medicine Residency. Annie loves working in graduate medical education. With her background in social justice research, she uses her position to advocate for reducing health disparities and improving access to care for the most vulnerable patients in our community. A commitment to community is what led Annie to the YWCA Central Maine. Communities thrive when women are positioned to be leaders. Being on a Board of Directors composed entirely of female-identified people is empowering and inspiring, and Annie feels so proud to be part of this group.

Sophia Gamache has been serving on the YWCA Central Maine’s Board of Directors for over a year. Sophia enjoys volunteering with the organization when there is the opportunity. She is also the Site Operations Manager for the local farmers market. Sophia’s role with the farmers market includes scouting new farmers and artisans, lining up local musicians and community engagement programs for the market. She is an active master gardener volunteer for the state of Maine. Sophia is dedicated to conservation and public awareness of the matter. Sophia’s hobbies include gardening, woodworking and painting.

Brenda has a BS in Education from the University of Maine and MS in Health Education from Southern Illinois University. She is a retired health education teacher, having taught at Lewiston High School for 21 years and serving 25 years in public education. Brenda also has 13 years of experience in business. Brenda is a member of Maine Retired Teachers and National Teacher Association, and a former board member at Sexual Assault Prevention & Response Services. Brenda lives in Auburn, Maine. 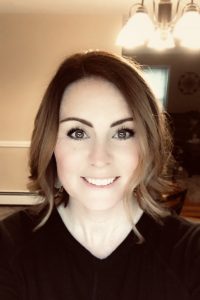 Ruby Bean is the Director of Strategic Development at Community Concepts in Lewiston. Her role includes execution and management of the organization’s new strategic plan and representing Community Concepts in creating partnerships throughout the community. Prior to this role, Ruby was at Oxford County Mental Health Services where she was the Director of Operations. She has more than 15 years of nonprofit experience in human resources and operations management with a diverse background ranging from working with sex offenders, child and family services, and early childhood clinical work. Ruby is also on the Board of Directors for the Center for Wisdom’s Women and is an adjunct professor at Central Maine Community College teaching business courses. Ruby received her Master of Business Administration in Entrepreneurial Thinking and Innovative Practices and her Bachelor of Science in Criminal Justice from Bay Path University. She also has a Master of Science in Forensic Psychology from American International College. She lives in Lewiston with her husband and two children. 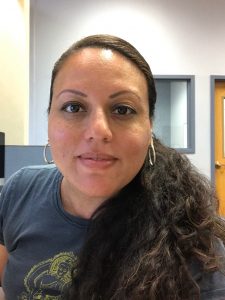 Andrea Mercado is a veteran teacher of multilingual and multicultural students from early childhood to adults. She is a Spanish bilingual, Colombian American. Her personal and professional experiences in urban, suburban and rural contexts inform her advocacy for the international perspectives of immigrant and historically marginalized populations. She brings her commitment to empowering communities through adaptive and creative problem-solving. She is a lover of salsa music and dance, international travel and possibility. 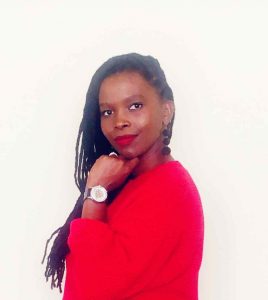 Thando is a South African immigrant who moved to Maine in 2019. She is a mother of two boys and a volunteer at a local NPO. For many years in South Africa, she has worked to improve the lives of people around her both in her personal capacity and through Corporates she previously worked for. Although she quite recently moved to Maine, Thando is already becoming an integral part of this diversely growing community of Lewiston/Auburn and positively contributes to lives of New Mainers in the community. Thando is a former Dramatic Arts student. After leaving University she worked in the financial services sector for over 12 years where she also became one of the top investigators. She further worked as a project manager and ambassador for Gender Based Violence where the organization partnered with government entities with efforts to finding ways for victims to access justice. “I am very proud to be a member of the YWCA and strongly share in its mission to empower women. I believe that women can rise above any adverse life experience to becoming leaders and significant part of their communities. I am extremely passionate about issues of social justice, community outreach and really just impacting the lives of our people, especially women. 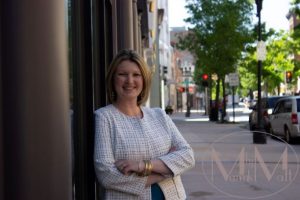 Jennifer M. Hogan began her career in 2007 at Community Credit Union as the Marketing/Business Development Director. Finding the culture, people and ethics of Community Credit Union to be contagious, she soon realized her passion for working in the World of Credit Unions. She began actively engaging in other departments and was promoted to Executive Vice President in May 2012. Jen took on new responsibilities when she was appointed President/CEO in October 2015. Jen’s favorite thing about her work is the opportunity it affords to interact with the people in the community on a regular basis. Growing up, Jen lived in several states along the East Coast, moving every two to three years each time her family was transferred to a new station by the Navy. Ultimately settling in Lisbon Falls, she attended college in Bangor and moved back to the Lewiston Auburn area after graduation. Today, Jen and her husband Nick share a home together in Turner with their daughter Chase and rabbit Oreo. One of Jen’s true passions in life is giving back to the community. What she loves most about the community is the plethora of opportunities it offers. She has seen incredible growth in the LA area in the last 15 years and believes that the communities’ best days lie ahead. With a passion for volunteering, some of the most important causes to Jen involve education. Joining the YWCA Board in 2020 brings Jen great pride. It combines much of the work she has done throughout her career to empower women and eliminate social injustice for all people of all races. She looks forward to being more hands on with programming that promotes the power of women, diversity and equity in our communities. No stranger to the local community, Jen has been recognized on several occasions for her contributions. In 2007 she was recognized as Young Professional of the Year by the Young Professionals of the Lewiston Auburn Area (YPLAA); in 2012 with the Business-Education Leadership Award from Maine Women’s Network; in 2016 with the 40 Under 40 Award in the Education Activism and Commitment Division from Uplift LA; in June of 2017 with the 40 Under 40 Award in the Government and Civic Leadership Division from Uplift LA and in 2019 with a National Credit Union Rock Star Award.

Karen has more than 20 years of experience in the banking industry. At Androscoggin Bank, she is the Executive Vice President, Chief Funding & Client Relationship Officer who manages her teams as an authentic and mindful senior leader. Karen has a dedication for coaching and mentoring and is inspired by the philosophy that there is hidden potential in everyone. Her other passion is practicing mindfulness meditation and has been leading meditation sessions in her work environment for the last four years. Currently enrolled in the Mindfulness Meditation Teacher Certification Program, Karen eventually looks to expand her reach to underserved communities.
Karen earned her bachelor’s degree in Business Administration from the University of Southern Maine. She is originally from Lewiston and is very excited to have returned to her hometown.